Irrigation with gaseous nanobubbles (NBs)-containing water has been demonstrated to promote seed germination and plant growth. To further reveal the impacts of NBs on plant growth, this study compared soil chemical properties and the release of soil elements (e.g., NH4+, K+ and Mg2+) before and after immersion with different gaseous NBs (e.g., oxygen(O2), nitrogen(N2), hydrogen(H2), carbon dioxide(CO2) and air). Exposure to NBs resulted in different influences on the soil pH, dissolved oxygen (DO), redox potential and nutrient release. For instance, O2 NBs significantly increased both DO and redox potentials of the treated soil. CO2 NBs increased the release of Ca2+, Mg2+ and PO43− from the treated soil, whereas N2 NBs only improved the NH4+ release from the soil. Finally, multiple factor correlation analysis and principal component analysis (PCA) revealed inter-correlations between the different soil properties and confirmed that the nutrient ion release was highly dependent on the type or composition of NBs. 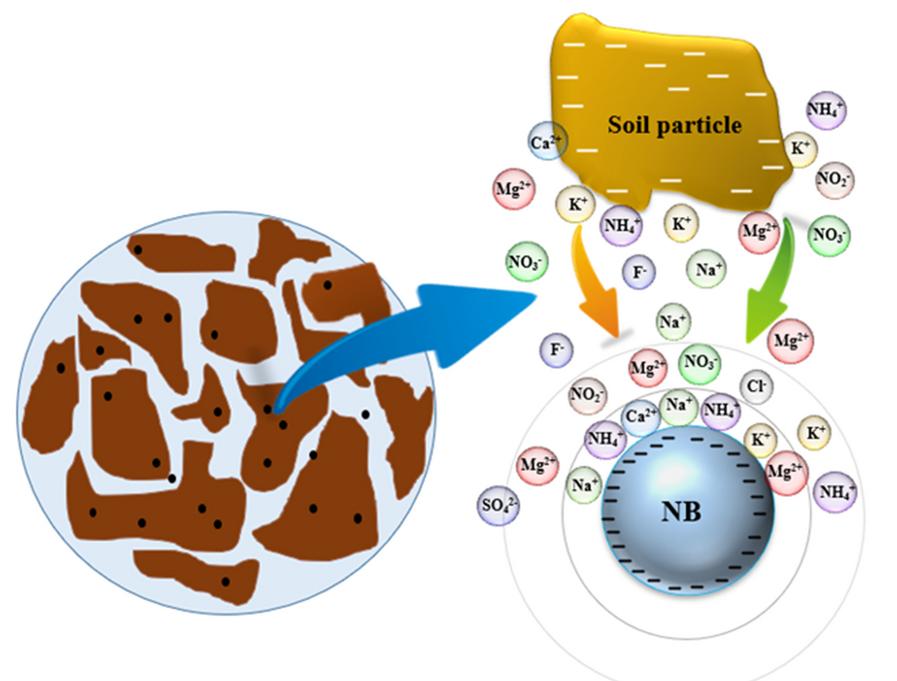